More Info on the Project Sleep website about the event 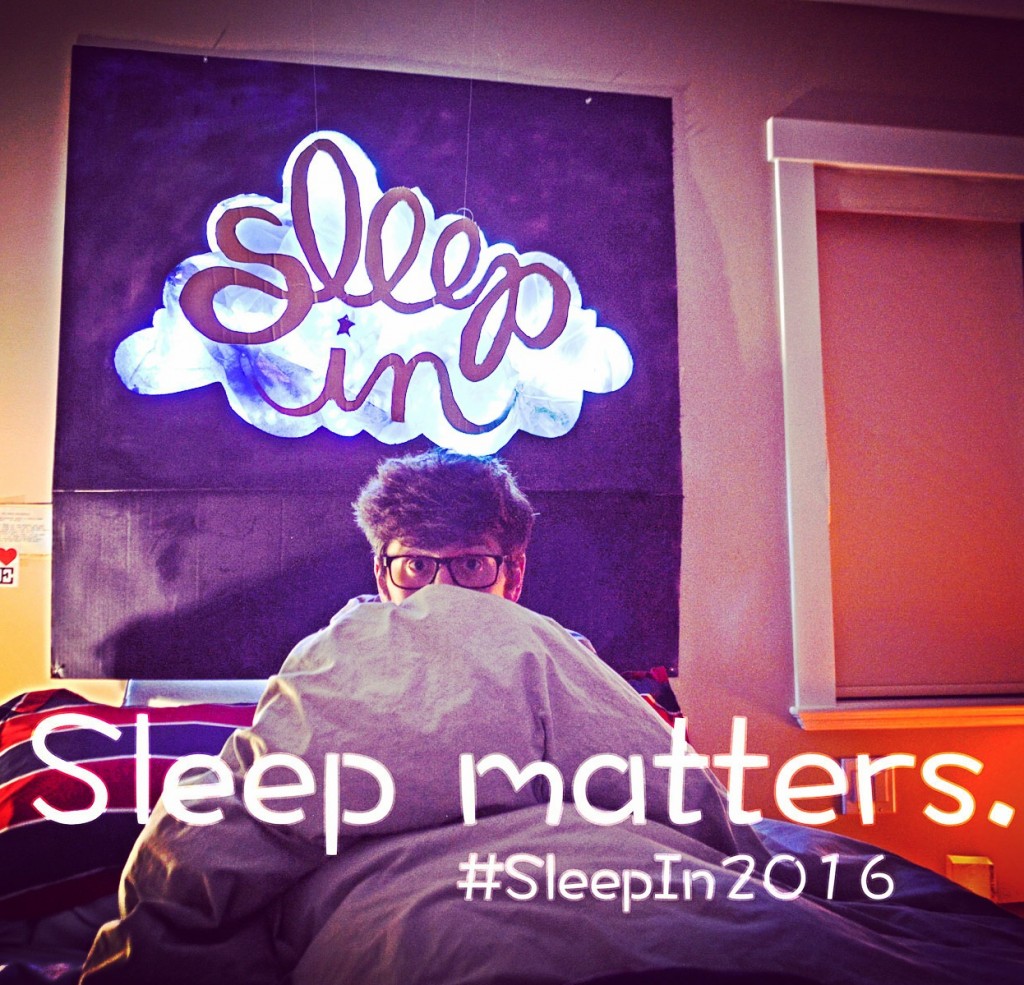 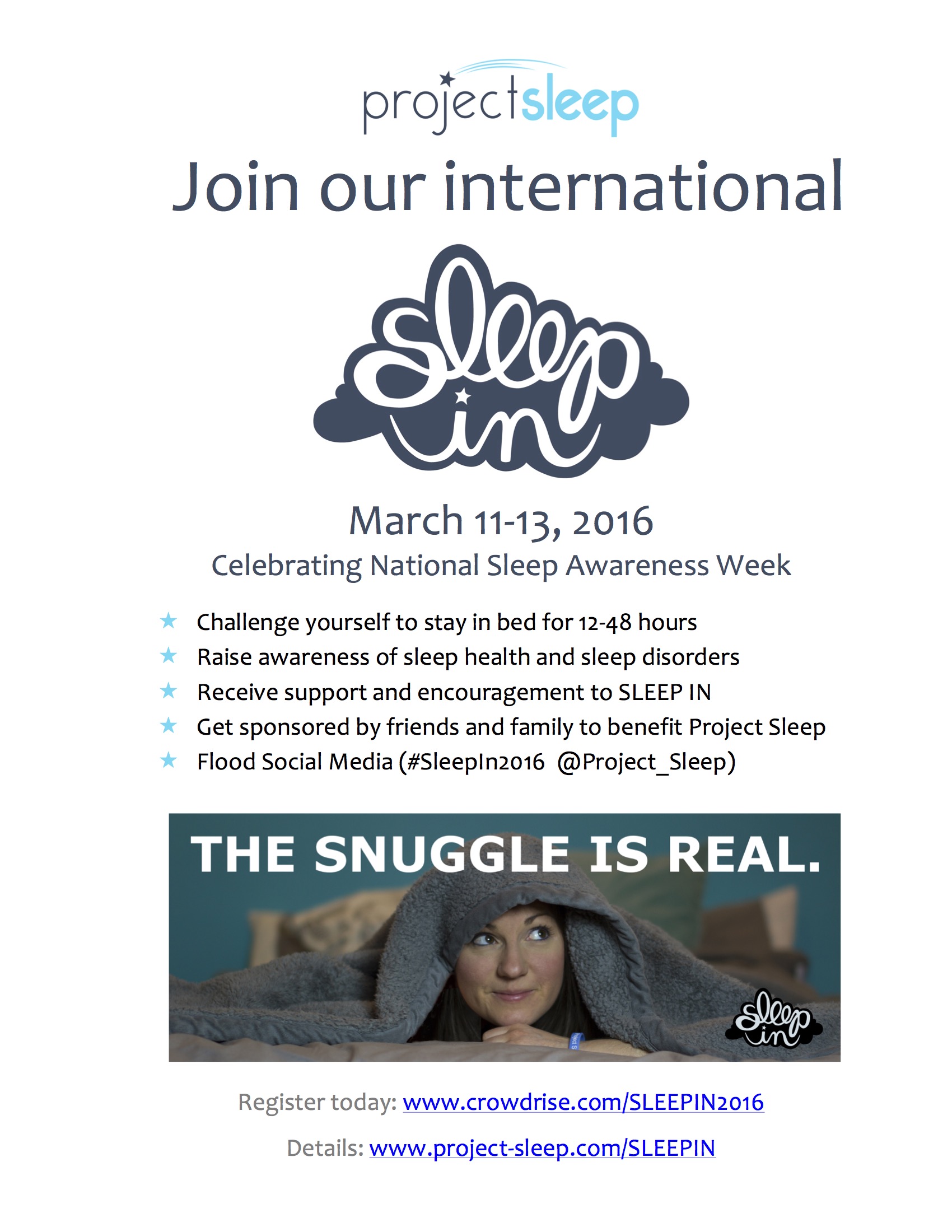 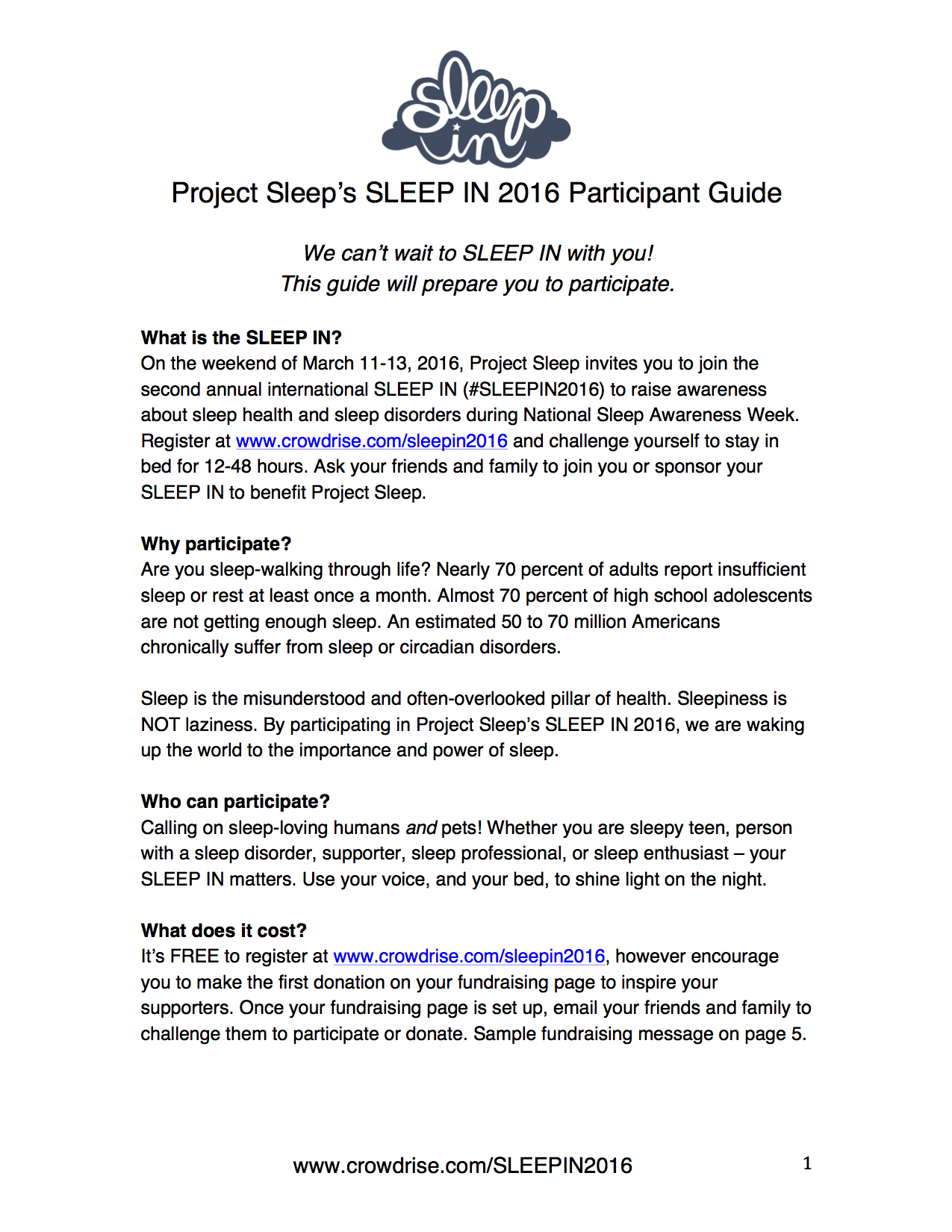 It’s the middle of class and you’re overtaken by fatigue. Not just an uncontrollable case of the yawns, but the urge to put your head on the table and sleep. It may transcend an urge—your head may fall involuntarily and you are immediately in a deep sleep. To the untrained eye it could look like a simple lack of manners. A more compassionate eye wonders whether something is wrong, if they should be getting help. To a trained eye, this looks like a rare neurological condition, narcolepsy. To Ciro Di Ruocco, fourth-year Visual Arts Major at VIU, it looks familiar.

Worldwide, narcolepsy affects approximately three million people. Narcolepsy falls into the category of orphan diseases—those that affect only about one in two thousand people. Only about a quarter of sufferers are diagnosed and receiving the appropriate treatment.

Cataplexy is another symptom; a strong emotional reaction can bring on a sudden physical collapse that can be as extreme as full body collapse, or relatively minor like slack jaw. Di Ruocco is no stranger to cataplexy: “In Art History, I would sit in the front row of class. On occasion, I would fall out of my seat and be greeted by the floor.” While not everyone who has narcolepsy experiences cataplexy, it is something that’s unique to narcolepsy. No other disease has this symptom.

It’s important to raise awareness about narcolepsy, Di Ruocco says, because some undiagnosed people may not have any idea what’s going on with their bodies. Some symptoms of narcolepsy don’t sound that foreign—it’s a matter of degree. This makes narcolepsy difficult to diagnose because some symptoms, like chronic fatigue, are common to many different conditions. Diagnosis includes a sleep study, which must be conducted under strict conditions in a hospital, but access to a sleep study can be a barrier for many sufferers and delay the process. On average, it takes seven years to diagnose from the first appearance of symptoms, usually between the ages of 10 and 30. Di Ruocco had some experiences early on: “Working in Capri, Italy at my uncle’s ristorante Lo Zodiaco, I fell asleep with a tray of wine glasses in hand. The glasses all broke and my uncle cried ‘Mama Mia!’”

Misdiagnoses like depression, insomnia, and obstructive sleep apnea are common. Whether or not there is a diagnosis of narcolepsy, the dangers of chronic sleep deprivation are very real. Attention lapses due to sleep deprivation can extend into critical domains with life-or-death consequences.

The American Academy of Sleep Medicine (AASM) reports that one in five serious motor vehicle injuries is related to driver fatigue, with 80 thousand drivers falling asleep behind the wheel every day. 250 thousand accidents per year are related to sleep. Di Ruocco was one of those statistics, causing a crash that left him seriously injured and another driver temporarily paralyzed. “That was a real wake up call,” he says.

Dating a person with narcolepsy

Medications, lifestyle adjustments, and alternative therapies can improve the lives of those affected by narcolepsy. As there’s no safe way to replace the particular brain transmitter that sufferers lack (hypocretin), treatment of the symptoms is the only option. After Di Ruocco was diagnosed in 2003, he tried many combinations of treatment. Today, he’s stabilized on a combination of stimulants and sleeping medication.

The Disability Services Office has helped him chart a path and access accommodations that make it possible for him to continue studying at VIU. “It’s important to note that falling asleep is only a small part of it,” Di Ruocco says. “It’s not funny to me when I fall asleep in class. I find it to be incredibly awkward, embarrassing, and it consumes my thinking at times.” In any case, he says, it’s important to take control of, and responsibility for, your condition. Openly sharing about his experiences is one way of raising awareness. “You’ve got to put yourself out there.” He received a warm reception in Denver, Colorado at the N[Art] Exhibition and 29th Annual Narcolepsy Network Conference in October. VIU made it possible with an award from the Student Travel and Conference Fund. Taking these sorts of risks is really important, he says. He also received a 2014 VIU Art and Design Club Service award.

The only Canadian patient advocacy group that specializes in narcolepsy, Narcolepsy Awareness Programs and Services (NAPS), was founded to increase awareness through education and establishing locally-based services. They take a modern approach, making use of social media, flash mobs, and online campaigns.

On March 7, Di Ruocco will be part of Suddenly Sleepy Saturday as a part of Project Sleep’s international SLEEP IN. People are invited to give sleep a chance by staying in bed during the weekend of March 7 and 8 to raise awareness about sleep health and sleep disorders during National Sleep Awareness Week.

Suddenly Sleepy Saturday is scheduled the day before we turn our clocks ahead to daylight savings time, so even those who don’t have narcolepsy may experience symptoms like sudden sleepiness or daytime drowsiness, just like those with the condition. It’s a chance for people to raise awareness and money at the same time. Modeled after John Lennon and Yoko Ono’s famous Bed In protest, participants are encouraged to stay in bed all day or even all weekend, and invite friends and the media to join them. Project Sleep will be conducting a Google Hangout to check in with the various SLEEP INs around the world, and Kendall Patrick and the Headless Bettys will play an intimate bedroom webcast. The Hangout will happen on March 6 on kendallpatrick.com.

For more information about Project Sleep, and to get involved with the SLEEP IN event, visit them online or on Facebook. You can learn more about narcolepsy online at Narcolepsy Canada. 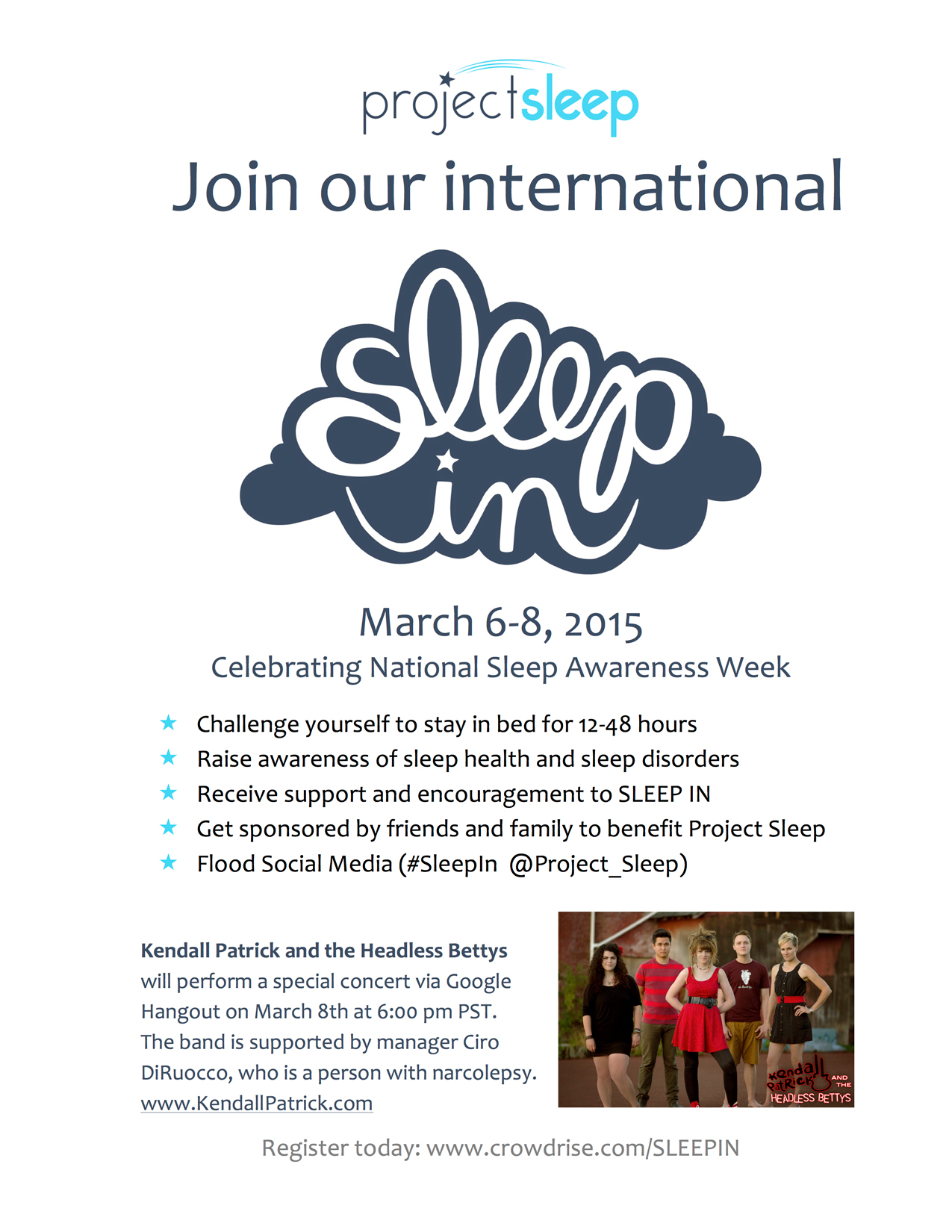